This article was originally prepared for publication in the NAMTPT Newsletter.  The 02 Derm tab at the top leads to a page where a patient presentation is given.  It also includes a link to go to the company and place an order. 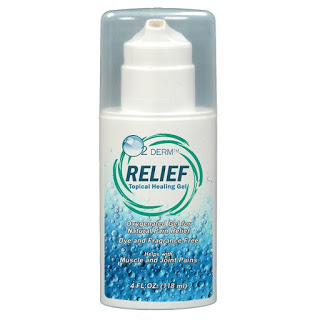 I was sitting in my office minding my own business when a good friend walked in.  Ron is a guy that when he speaks – I listen.  We had been meeting for years at breakfast to discuss business stuff and how to market.  Now he was marketing a new product and I listened.

He described a new oxygenated gel that he said was good for skin.  He told me later that I looked at him like he was just plain nuts.  I’m sure that I did.
I care about pain – not skin!

I agreed to try the product – after all – it was Ron and he had asked (Ron doesn’t make mistakes!).  I still was not ready for what came next.

I approached a friend who had become a patient and asked her if I could but this along her upper back over the thoracic spine.  She was willing.  I rubbed only over the spinous processes.  Her eyes got really big.  She looked at me and said, “I’m breathing better!”

I certainly did not expect a reaction like that from a person with a pretty nasty spinal stenosis in the area.  I tried really hard to control the expression on my face.  I explained, in a very professional manner, that I wanted her husband to apply it daily over just that area for a month and to return and let me know how it went.

She did return and gave a much fuller report that I had asked for.  Her body temperature went from 95 up to 97 degrees.  Her fibromyalgia pain was gone.  Her breathing had improved and if she had to cough it didn’t make her cry anymore!  I certainly was not expecting that.  I started to experiment.

I started with muscles.  I’m a Myofascial Trigger Point Therapist – it’s what I do.  I tested muscle length.  I then applied the gel.  Then I retested.  Almost without fail the application of the gel was followed by an increase in muscle length.  That was pretty impressive since I didn’t even press a trigger point.
What would happen if I applied it systematically?  I found out that when I used it instead of compression in my pelvic stabilization protocol that it did the same thing that I usually did with my hands.  That was impressive.

I then wondered if it might possibly have an effect neurologically.  That was easy to do.  I asked a student if I could do an experiment.  She complied.  I tested the ROM of all of the muscles in the upper extremity.  Then I applied the gel to the lower cervical area from C5 – T1.  I retested.  Every motion improved as if I had applied it to each muscle!
At this point I decided that I really needed to make a video for the company so that others could see what I was doing and how to apply the gel.  As I drove to the shoot I remembered that I had not yet tried it on acupuncture points.  A friend of mine has a massage studio; as it was on the way I pulled in. Once inside I asked if I could conduct a therapy experiment.
A patient with some back pain volunteered.  I tested her ROM for the QL and the Psoas.  I then applied the gel to the points on the toes that corresponded to the low back.  Her pain was gone and both muscles had improved ROM with less than a minute!

I now had something else to include in my photo shoot.

I was interviewed by Corrina Rachel, holistic health coach associated with popular wellness channel PsycheTruth. She is also known for her ASMR videos on the secondary channel ASMR Massage Psychetruth. The video is in the link below.

My experience is that the muscles seem to relax faster and become more flexible.  My clients often tell me that they have more pain relief.  The primary effect of the gel is to put oxygen into the skin.
I believe the oxygen has a positive effect on the nerves in the skin.  I have rubbed gel into the back and into painful muscles and the clients have reported these results.

To see my two videos on how to apply the gel you can click the following links:

1.   A combined step by step demo of the toes, QL, and lumbar spine application –

2.    A combined step by step demo of my treatment of a man with cervical stenosis.  I start with spinal application and then move on to acupuncture points on the finger tips, and finally to the muscle –

Other Effects of the Gel

The inventor of the gel loaned me a thermography camera.  I wanted to see if the gel had an effect on inflammation.  Here is what I found in the first shoulder that I used the camera on:

In the photos below, the white area is inflamed.   In the first picture the temperature is 92.9.  It is taken at 10:51.  The second picture was take about a minute later after the application of the gel.

The temperature dropped to 89.5 in less than a minute.  This is without any intervening bodywork.  This may be a part of the explanation for why the changes in pain and ROM are so immediate.

In the second set we have a person with chest pain.  The beginning temperature is 94.5 and we can see the inflammation.  The second picture was taken about 9 minutes later.  There was no intervening treatment.

It was observed that inflammation decreased and temperature was reduced by 7.7 degrees,  demonstrating that the inflammation is gone for a period of time.  This allows the performance of
self-care stretches and routines that may have been less effective without the application of the gel.

How to Apply the Gel

People are always asking me how to get the best results using the O2 Derm™ Topical Gel.  The first thing to do is to apply the gel liberally and allow it to sit for about 5 minutes for optimal effect. I have rubbed it in as well and saw results also but the sitting time really seems to add to the effect.  There are 3 distinct methods that I have found to be useful in relieving pain.

Just like your instinct tells you – rub it where you know that the trigger points are located. That is the first thing all of us do.  Your patients get one of the great self-treatment books that are available and apply gel in addition to using pressure.

2) Spinal Treatment of the Associated Dermatome

The third area I have seen work is to use the gel on finger and toe acupuncture points. I think this works because the nerves from those areas terminate in the extremities.  I have also seen this work in the back by rubbing the gel over the area where the ribs attach to the breast bone. 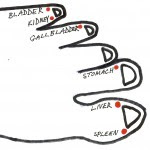 I really love the gel.  It does a lot as a supportive treatment.  It is not a replacement for good hands on work.  It generally does not “fix” the problem.  What it does is provide an opportunity for the patient to actually move.  The brain gets to learn that movement is actually possible and that it feels good.  Application of the gel at home and in the office should always be followed by movement.

Movement is the really big part of the treatment.  Many patients have complained that the gel does not work as well when they get it home.  That may be due to them not moving and expecting the gel to do the work.

I recommend trying this and seeing how it works for you!
Posted by christianpainmanagement.com at 2:51 PM No comments: